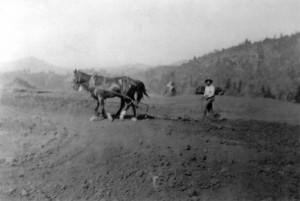 The Tuolumne Band of Me-Wuk Indians is a federally recognized Indian tribe located in the Sierra Nevada foothills in Tuolumne County, California. The Tuolumne Rancheria was purchased on October 26, 1910 and established as one of two local reservations for landless Indians. The original acquisition consisted of 289.52 acres. Today, there are over 1,700 fee and trust land acres. There are approximately 200 residents living on the Rancheria and an additional 200 non-resident members of the Tribe.

The governing body of the tribe is the Community Council, which is composed of 119 members.  Recommendations are made by Tribal committees and are brought to the Community Council for approval. These committees are Business & Finance, Constitution & By-Laws, Planning & Development, Social Services Advisory, Personnel, Tuolumne Me-Wuk Indian Health Board, Enrollment, Elders, Tribal Housing Authority, Education & Recreation, Cultural & Historic Preservation and the Tribal Law Enforcement Commission.

The first-known contact on record of the Native perspective of the Spanish Explorers was the Moraga Second Expedition to Central California through Tuolumne County in 1806. However, the Me-Wuk people have a very long and rich history dating back for thousands of years. The Me-Wuk have always been knowledgeable about the resources of the land, and hunted and gathered what they needed. If the resources were not readily available on their land, the Me-Wuk would migrate in order to trade with others. The primary food staples were fish, acorns and deer meat. This diet was supplemented with various wild berries, seeds and nuts. The typical village consisted of umachas (cedar bark homes), chakkas (acorn granaries) and a hangi (ceremonial roundhouse). The ceremonial roundhouse was the epicenter of village life and should be respected as would any place of worship. The roundhouse was used for a variety of purposes by different groups. It is typically 30 to 40 feet in diameter and is covered by earth, bark or shingles. Dances are still held in the roundhouse as a way of giving thanks and respect for all that the Earth Mother gave to the people. 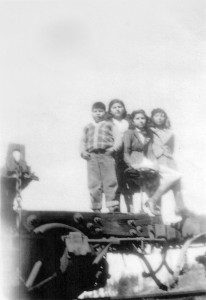 Other traditional activities practiced by the Me-Wuk were acorn processing and basketry. There are many stages involved with making acorns suitable for consumption including gathering, sorting, storing, cracking, pounding, leaching and cooking. Baskets were used throughout the stages of acorn processing, as well as for other tasks. Coiled basketry was the most common style utilized. Approximately 20 different traditional basket types could be made with this one style. Willow was the most widespread material utilized for basketry. Women were responsible for creating and maintaining the family’s baskets. Men had separate responsibilities, including hunting.

The California Gold Rush Era impacted the Me-Wuk people in many traumatic ways, changing their lives forever. In a very short time, the land and environment that had sustained the people for generations was irreparably altered. Stream channels were disturbed, sometimes re-routed, and eventually the land was blasted away causing huge amounts of soil to enter the streams and rivers, destroying the habitat of fish and other aquatic species that once were food for the people. Gathering areas that had supplied the Me-Wuk with many foods were unintentionally damaged or cleared for cattle grazing. The cattle also ate the acorns, which were a major source of food. Disease brought in by the newcomers entered the world of the Me-Wuk, taking many lives due to the people’s lack of immunity. There were many attempts by miners and militias commissioned by the federal government to address the “Indian problem” and control or annihilate the Me-Wuk population. The people were forced to flee from their homes and seek refuge in more isolated areas for protection and survival. Prior to outside contact, the Sierra Me-Wuk population was somewhere around 10,000. This number fell drastically to 679 during the 1910 census.

“The slow, but eventual loss or abandonment of many traditional customs and traits, yet the perseverance of others, characterized Me-Wuk culture change during the 20th century,” (Davis-King, Shelly TMTC CRPP, p. 12). In 1924, two significant events in Me-Wuk history were observed. First, the Me-Wuk name officially came into use. Before this time, Me-Wuk people were referred to as “Digger Indians.” On Sunday, April 20, 1924, an effigy of a Digger Indian was burned in a ceremony to change the Tribe’s name from Digger to Me-Wuk. This was the culmination of a three-day celebration, part of an annual cry ceremony that was held each year by the local Me-Wuk. Then on June 2, 1924, Congress granted citizenship to all Native Americans born in the United States. 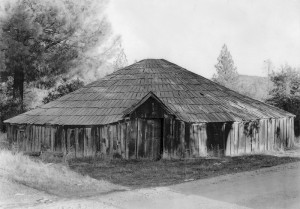 Today, the Me-Wuk culture is alive and still widely practiced. The Acorn Festival, established in October 1966, attracts people from all areas to celebrate local traditions. It is now held annually during the second weekend of September. It features cultural demonstrations, traditional foods, dance and Native American vendors. The Indian Market, celebrated in the spring, is another annual traditional event. It is a time to highlight the many traditional activities of the Me-Wuk, including basketry, acorn processing, sharing and games.

Game playing and gambling are not foreign to the Me-Wuk. They have played games of chance for most of their history. One of the more popular games is the “Hand Game,” played while singing gambling songs. Teams compete in guessing the “bones.”

The Tribe joined the approximately 60 other California gaming tribes with the opening of Black Oak Casino on May 15, 2001. It was redesigned, rebuilt and reopened on May 18, 2005. In 2009, a six-story parking garage and smoke-free gaming area were added. This was followed by the opening of Bear Creek Station convenience store and gas station in 2011. In 2013, the casino was renamed Black Oak Casino Resort with the addition of a 148-room hotel with pool and spa, fitness center, and conference center with banquet facilities.

The resort has enabled the Tribe to widen the range of services offered not only to the Native community, but the broader community at large.

In January 2005, the Tribe opened the Tuolumne Me-Wuk Indian Health Center. It is a tribally owned and operated primary care health center located in Tuolumne. It offers pediatric, obstetric, psychiatric and general medical care, as well as minor surgery and general health education. An onsite pharmacy was opened in September 2006, followed by a state-of-the-art Dental Center in Sonora in April 2008. An additional Tuolumne Me-Wuk Indian Health Center was established in Sonora in 2013.

In 2010, the Tuolumne Band of Me-Wuk Indians celebrated the 100th anniversary of the Tuolumne Rancheria. The Tribe continues to fight assimilation and advocates for cultural event participation, knowledge and utilization of traditional methodology, self-determination and Indian sovereignty. The Tribal Vision Statement accurately expresses this sentiment: “The Tuolumne Band of Me-Wuk Indians is a sovereign nation that is dedicated to uphold social and economic stability through self-reliance, and to promote the health, safety and welfare of our Indian people.”